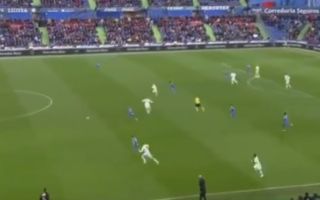 Luka Modric has never been known for his pace, but even at the age of 34 he was able to lead the charge on a 95th minute counter attack and got on the end of the move to seal the game.

It looks like nothing is on before the ball is suddenly released forward and Fede Valverde bears down on goal. He could be selfish and take it on himself, but he squares it to the onrushing Modric to bundle the ball home:

It’s an excellent move from Real Madrid and was well worth putting any game away. The result returns them to the top of the table with Barcelona set to play Espanyol later on.

Barcelona usually tend to get the best of that derby, but Real will be hoping that Espanyol can do them a favour and upset the odds.