According to Spanish outlet AS, Real Madrid have enjoyed their best defensive start in La Liga in over 32 years, Zinedine Zidane’s men have only conceded 12 goals in their 19 top-flight games this season.

This is the best return from the opening 19 games of the season since the 1987/88 season, Los Blancos won the league during that season.

The Bernabeu outfit are currently second in La Liga, though they are level on points with rivals Barcelona. After a difficult season for the team last time out, it looks as though they’re getting back to their best.

Former Chelsea star Thibaut Courtois has been key to Madrid keeping things tight at the back so far this season, AS add that the 27-year-old has saved 27 of the last 30 shots he’s faced in the league. 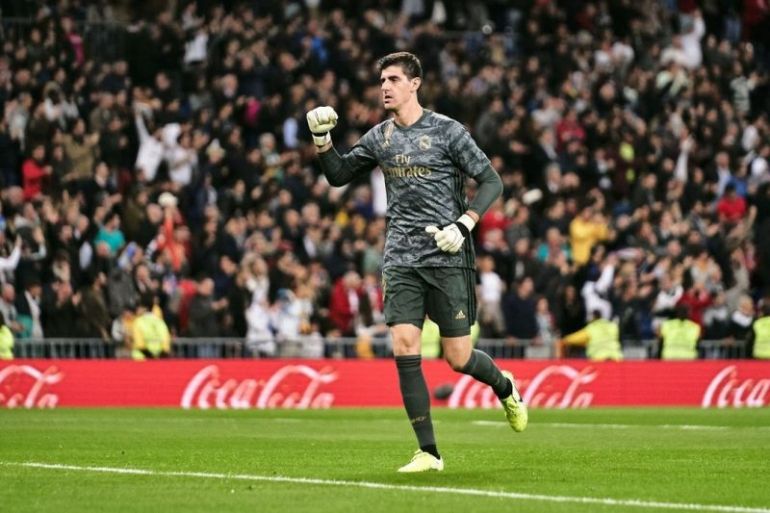 Courtois has been superb between the sticks for Real Madrid this season.

Courtois is in fine form, the Belgian also made some crucial stops for the Spanish giants in their win against Getafe yesterday afternoon.

As per the Independent, Courtois joined Madrid from Chelsea for a fee of £31.5m, the Belgian has shown his resilience to come back and perform after an extremely difficult first season with Los Blancos.

Madrid will be hoping to keep this solid defensive run going for as long as possible.

It will be interesting to see how the side’s current backline will fare in their first Champions League knockout clash against Manchester City at the end of next month.