David Moyes will be looking to avoid a potential FA Cup banana skin when his West Ham side travel to Gillingham in the third round.  Kickoff time is 18:16 GMT.

If you want to watch Gillingham v West Ham, here’s all you need to know about today’s game.

Where is Gillingham vs West Ham being played?

The Hammers got back to winning ways during Moyes’ first comeback game against Bournemouth on New Year’s Day, and they’ll be hoping to make it back to back wins for the first time in months. Many forget the start West Ham made to the season.

They were on fire and looked good value to challenge for a top six. But after crashing out of the League Cup to Oxford in humiliating style their season spiralled out of control resulting in Pellegrini finally losing his job.

The FA Cup provides Moyes with a free hit, a chance to look at some fringe players, though he won’t want to make too many changes to a winning team.

Three points off the League One Playoff spots and unbeaten in seven games in all competitions Gillingham will be no pushovers.

Steve Evans has created a team that’s hard to beat. Defensively they’re solid recording seven clean sheets in their last 11 games in all competitions. But at the other end of the pitch goals have been hard to come by. They’re the lowest scorers in the top half of League One and have registered just two goals in their last three outings.

West Ham win to nil 7/4. That said, West Ham have been awful at the back of late so it would be no surprise to see Gillingham get on the scoresheet. They’re 11/4 to score over 1.5 goals.

Brandon Hanlan is likely to be the Gills’ biggest threat. He has six goals to his name so far this season and is 10/3 to score anytime.

West Ham’s summer signing Sebastian Haller got back to scoring ways against Bournemouth. He’d scored just one goal in 11 games until the Hammers’ clash with Bournemouth. I’d expect him to start at Priestfield Stadium and he’s 4/1 to score first.

The Hammers will be keen to improve on their recent poor FA Cup form which has seen them win just one of their last eight games in the competition. They’re 8/15 to see off their League One opponents on Sunday. Gillingham will be confident of causing an upset on home soil and they’re 5/1 to do exactly that whilst they draw is available at 7/2. 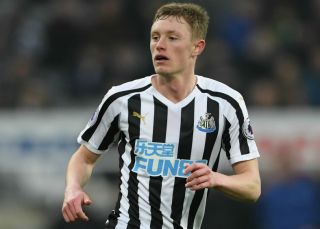