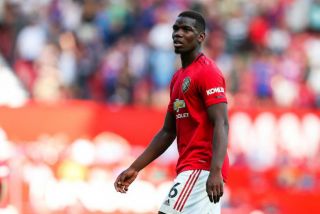 Manchester United manager Ole Gunnar Solskjaer has made it clear that midfielder Paul Pogba will not leave the club in the January transfer window.

The French international has been linked with Real Madrid and Juventus by Mirror and the Sun respectively. Pogba has also been linked to Inter Milan lately, with the Mirror reporting that Antonio Conte wants to sign the 26-year-old, who is currently valued at £150million.

However, Solskjaer has sent a clear message to any potential suitors that Pogba will not be leaving Old Trafford in January.

All the clubs who have reportedly shown an interest in the Frenchman won’t be too thrilled to hear Solskjaer’s message but it seems likely they could try again to sign him in the summer.

Pogba is currently one of the best midfielders in the world and among Manchester United’s most important players. Hence, the Red Devils would surely prefer if the 26-year-old stayed and committed his future to the club.

Pogba has missed much of this season so far due to repeated injury problems, and his team could really do with him coming back as soon as possible.