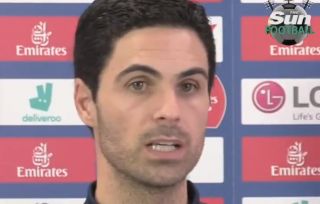 Arsenal manager Mikel Arteta has spoken about his club’s transfer plans for this January.

In the video below, the Spanish tactician says his priority is to get key players back from injury, though he won’t rule out his club trying to make new signings this winter.

"We're in the market for options that will strengthen the team"

Arteta admits he’ll have some involvement in identifying targets, but did not give any clues about who those players might be.

Arsenal fans will surely hope their new manager can be given the chance to strengthen this struggling squad, with many of these players not looking good enough, even if there have been signs of improvement since Arteta came in.