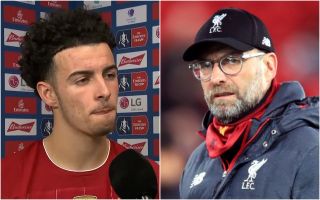 The 18-year-old announced himself at Anfield with a stunning strike to settle the Merseyside Derby, and he’ll now surely be knocking on the door of the first-team after a strong performance.

In fact, Jones says he’s already been feeling frustrated by his lack of playing time, admitting he often sits on the bench begging for Klopp to bring him on, only to be left disappointed.

The teenager clearly sounds itching to play more often, and he’s made that pretty clear with a message to Klopp after his big moment in the win over Everton.

Speaking after the game, as quoted by the Metro, Jones said: “I just go with it and try and play my game. I’ve had a bit of a frustrating time to be on the bench and there’s times when in my head I’m begging to come on. 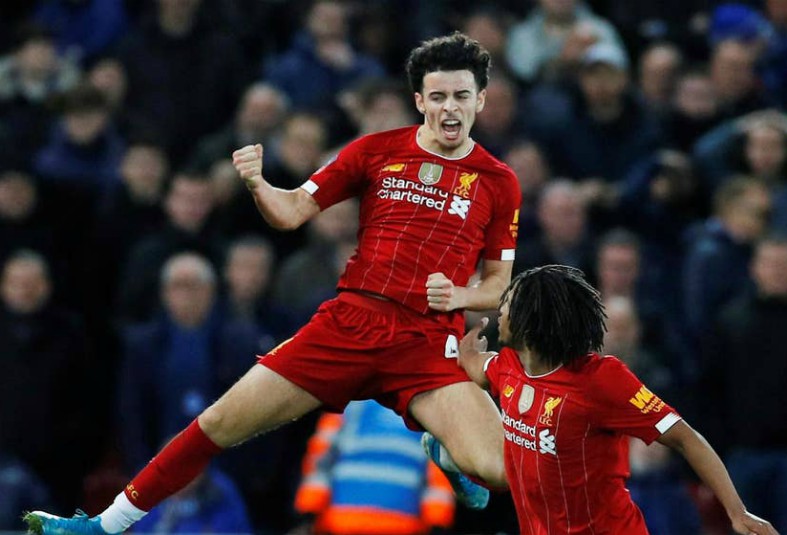 Curtis Jones celebrates his stunning goal for Liverpool against Everton

“Then I just try and show what I’m capable of doing. Hopefully I’ve topped that off with a good performance and a great goal.”

He added: “The ball came to me and I only had one thing in mind – to shoot. Luckily enough it led to the match-winner and a great goal.

“It’s massive for me and the rest of the young boys. At times it’s frustrating thinking you might get a chance but then having to sit on the bench and watch.

“We proved that we’re learning every day and trying to push for a place in the team.”

Jones has only made five appearances in LFC’s senior side so far in his career, and in fairness there is plenty of competition in this squad.

Still, fans will no doubt feel he’s got something to offer after showing what he can do, and there seems a decent chance this wonder-strike could allow the England youth international back into the team on a more regular basis from now on.