Barcelona forward Ousmane Dembele has raised one or two eyebrows by liking an Instagram post about a transfer to Liverpool.

It’s been some time since the Reds were linked with Dembele, though a few months back Don Balon claimed they held an interest in the France international as his Barcelona future looked in doubt.

Things certainly haven’t gone to plan for the youngster in his time at the Nou Camp, and he’s made his feelings pretty clear by liking the post below… 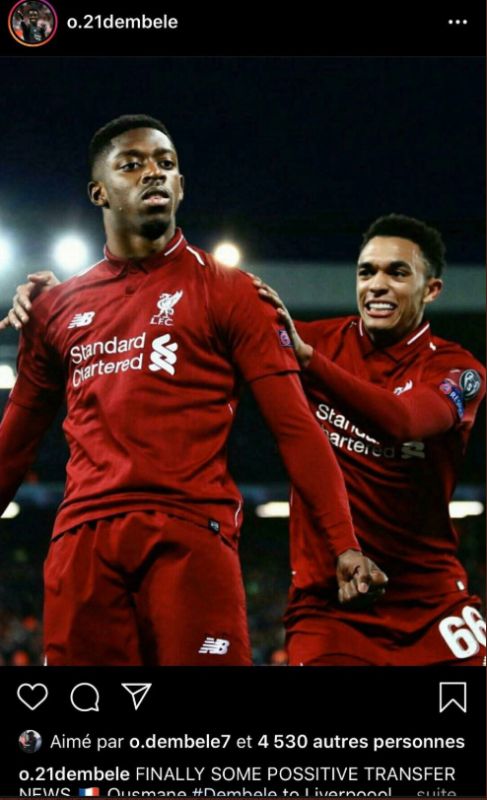 It’s not clear if the ‘transfer news’ being described in the caption is at all accurate, but it almost doesn’t matter – Dembele clearly likes the idea of himself at LFC and the image of himself photoshopped into the club’s kit.

The 22-year-old surely also knows that social media activity like this is going to get attention, so it will be interesting to see how this story develops.

Whether he ends up at Liverpool or somewhere else, Dembele has struggled at Barca and this sort of thing only fuels the idea that he won’t be at the club for much longer.