It used to be that ageing players would return to their first or their hometown club to wind their career down, but the rise of leagues like MLS has given multiple stars one final payday even if their abilities have long gone.

In fairness to Luka Modric, he might not be playing at the level which saw him win the Ballon d’Or a couple of years ago, but he’s still a vital part of the Real Madrid side so it would be a big surprise to see him go even if he is now 34 years old.

According to The Athletic via Football-Espana, D.C United are looking to make a move to sign the Croatian. It could be a bit complicated due to a couple of issues, but they state that talks have already been held.

The main sticking point could be trying to convince Real and the player to accept the move. He still has 18 months left on his contract so that would usually mean a transfer fee would be needed, while the report goes on to say that Modric doesn’t actually want to leave Madrid. 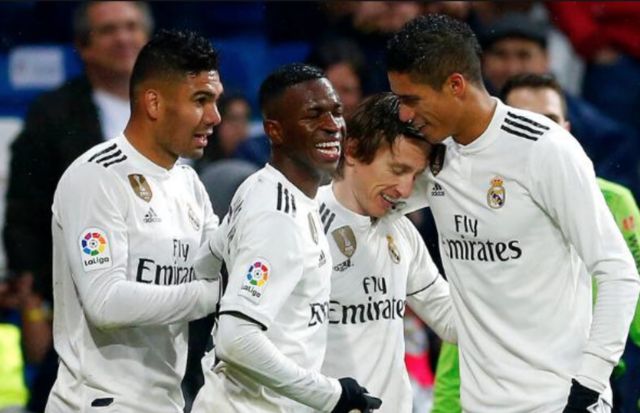 Modric celebrates with his teammates

Things could change if Real make some big signings and show the midfielder that he doesn’t have a big part to play at The Bernabeu anymore, but the report also suggests that he wouldn’t be allowed to leave until the end of the La Liga season.

It’s possible that an announcement could come this month to say he would link up with the MLS team at the end of the season, but it looks highly unlikely at this point.