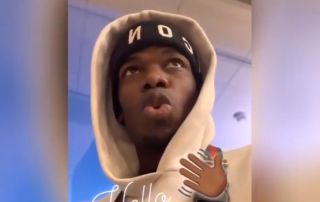 Manchester United midfielder Paul Pogba has posted a short video of himself looking a little nervous ahead of his operation.

Watch the video below as the France international can be seen waiting to get on the operating table amid his recovery from an ankle injury.

This problem has kept Pogba out of action for Man Utd for much of this season so far, and the 26-year-old has been badly missed by Ole Gunnar Solskjaer.

United could definitely do with Pogba back as soon as possible as their other midfield players don’t look quite up to scratch as the side so often looks unconvincing in possession or when trying to provide creativity for the team’s forward players.