Manchester United manager Ole Gunnar Solskjaer has a tough job tonight as he faces another important game in this hectic current schedule.

The Red Devils have barely had a moment to rest after the notoriously busy festive period, and now face an FA Cup replay with Wolves on top of their Carabao Cup commitments after a draw in their match at the weekend.

It will be interesting to see how this affects Solskjaer’s thinking with his team selection tonight, though he surely has to prioritise this big game against rivals Manchester City.

United are not exactly looking in the best shape for a top four finish at the moment, but some silverware could surely help buy Solskjaer more time at Old Trafford.

Still, if there is some room for rotation it could mean a boost for wonderkid duo Mason Greenwood and Brandon Williams, who have been eased into the MUFC first-team this season but who look deserving of starts in this derby match.

Greenwood is a huge talent whose shone when given the opportunity, and it’s hard to justify someone like Jesse Lingard starting ahead of him at the moment.

Likewise, Williams has never let United down when he’s been called upon and looks a young talent who could easily eclipse Luke Shaw in the near future, if he hasn’t already.

Apart from that, the XI more or less picks itself, with some worries over Harry Maguire’s fitness, though it’s easy to imagine he could be rushed back for this important fixture.

Here’s the line up we’d go for… 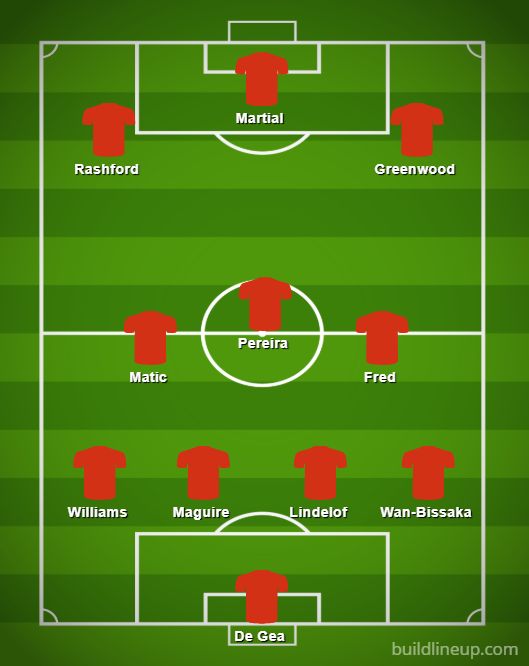