Former Premier League star Peter Crouch was told not to come home by his wife Abbey Clancy after a hilarious prank.

According to the Daily Mirror, the former Liverpool, Tottenham and England striker got ready for his return to podcasting action with a tattoo of himself doing his iconic robot celebration.

However, it was just a fake, rather than a permanent inking on his arm, though his wife didn’t know that!

Crouch was later filmed asking his missus over the phone: “I have just done something. Promise me you won’t go mental?”

He then attempted to justify his artwork, insisting: “My two favourite things in the world are the podcast and the robot. I thought it would be funny.” 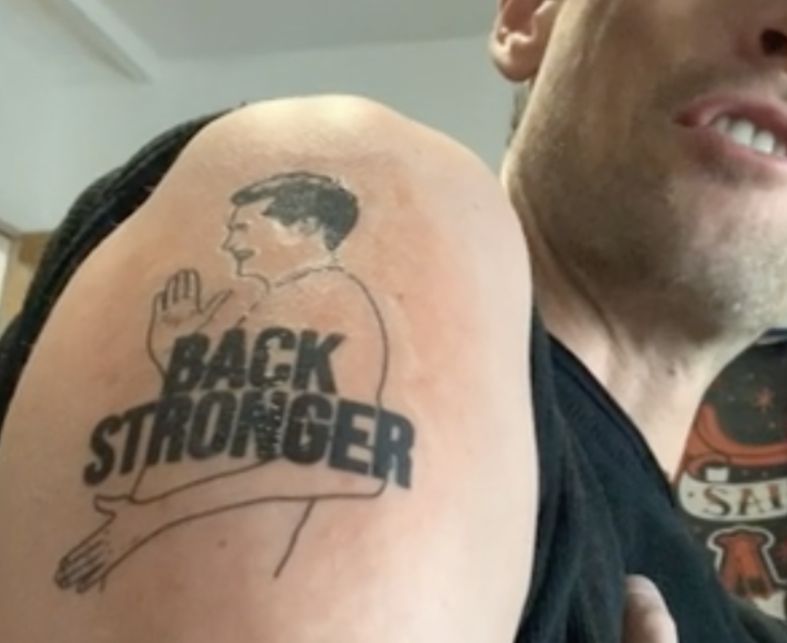 She reacts hilariously, fuming that he’d look like a d**k and that he shouldn’t bother coming home!

Crouch and his crew burst into hysterics as she totally fell for his prank.

Proof once again that Crouchy is one of the biggest characters in football!