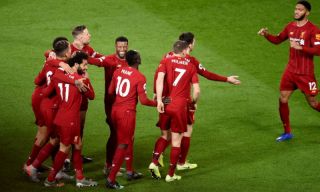 The England international has been in magnificent form for the Reds this season, scoring against Spurs and assisting against Manchester City. Henderson helped Liverpool lift the FIFA Club World Cup in Doha a few weeks back and produced a spectacular performance in the final against Flamengo. He could’ve had a goal to his name but Diego Alves made an excellent save to deny him.

Flamengo manager Jorge Jesus hailed Henderson and called him the best midfielder in the world. As quoted by Goal.com, the former Benfica manager told Portuguese channel CMTV: “Henderson is the best midfielder in the world in his position. [Jurgen Klopp] never sacks him, but the two offensive midfielders, [Naby] Keita and [Georginio] Wijnaldum, sometimes are replaced. The other players are always the same.”

Henderson is a very good midfielders and is often underappreciated by many. However, calling him the best in his position might be a stretch as there are players better than him.

The Liverpool captain will be hoping to maintain his good form on Saturday when they Tottenham in London.