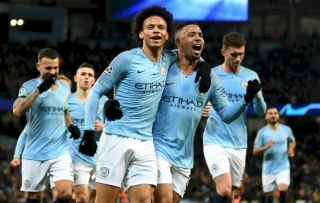 City could really do with strengthening at the back this January after a number of poor defensive performances this season have seen them fall well behind Liverpool in the Premier League title race.

Although Militao has struggled in his time at Real Madrid, he could be a useful signing for City right now and Don Balon report that Jesus is keen to lure him to Manchester.

The Spanish outlet adds that the 21-year-old could leave the Bernabeu for around €60million, which shouldn’t be too much for a club of City’s resources to afford.

It will be interesting to see how this saga pans out, with Madrid clearly not seeing the best of Militao as of yet.

That said, it’s a bit soon to give up on a talented young player who looked hugely impressive at former club Porto before his move to La Liga last summer.

City fans will surely just be hoping the club can find someone to bring in this January to help them replace club legend Vincent Kompany and the injured Aymeric Laporte.