It’s hard to tell if there’s any substance to this claim from Danny Murphy or if he’s just throwing potential names around to improve the Liverpool midfield, but there’s no doubt this would be a huge story if it happened.

Granit Xhaka is currently best known for that tantrum against Crystal Palace when he gestured at the fans, blanked his manager and threw his shirt away. It certainly looked like there was no coming back from that, so it’s surprising to see he’s forced himself back into the team.

A report from Goal.com has looked at some comments that Danny Murphy made to Talksport about the Swiss midfielder, and it certainly sounds like he’s a fan. He had been talking about what Xhaka could bring to the Liverpool midfield when he said the following:

“If Xhaka was in Liverpool’s side with Henderson and Fabinho, he would look a hell of a player because he is technically good, a good passer, has a great shot on him and he has the ability with his great left foot to open you up.”

“But when you are playing in a team that is struggling a bit, he is a passenger defensively and a liability. It is a dilemma for Mikel Arteta because he has a squad that needs a bit of tinkering.”

It’s an interesting way of thinking about it, with Murphy almost saying that Arsenal aren’t a good enough team for Xhaka to play in just now.

You could also point to Jurgen Klopp’s style as being better suited to Xhaka defensively. At Arsenal the attacking players don’t do a lot of pressing so the midfield is left to cover a lot of space. That means Xhaka’s tendency to dive in can leave him on a booking and exposed for the rest of the game. 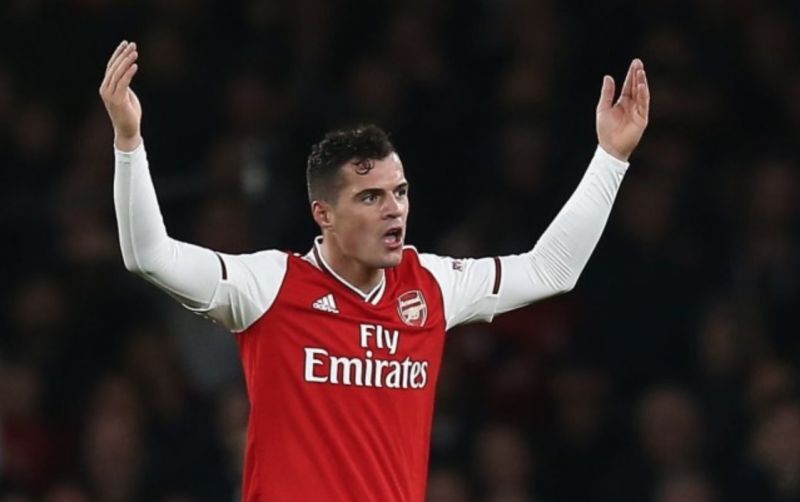 He’s not scared to defend or make a tackle, he’s just not very good at it. At Liverpool you could argue that the pressing is already there so he should be closer to his man and have more support around him, so he would be tasked with pressing and harassing opposing players rather than covering a huge area of the pitch.

There’s nothing to suggest that this is close to happening, but it does start to make sense the more you think about it.