It seems like a never ending cycle when a player is struggling for form. Often you see the fans and the media will turn against them, which just leads to a further lack of confidence and the downward spiral continues.

It feels like it’s open season for having digs at Jesse Lingard just now. In fairness he’s been woeful for a while with a lack of any meaningful contribution to the team this season, but even non league sides are having a pop.

Time will tell if he needs to leave Old Trafford to resurrect his career, but if he had plans to move to Corby Town then he might have to rethink them after this:

We are signing someone that has actually scored this season ? https://t.co/t6JJtWOflr

It’s harsh, but something needs to give with Lingard. He’s been credited with no goals or assists in his 18 league games this season, and you can see his confidence is shot.

He’s not making any incisive runs like he used to, his first touch could bounce anywhere and he’s just taking a second too long on the ball when deciding what to do. 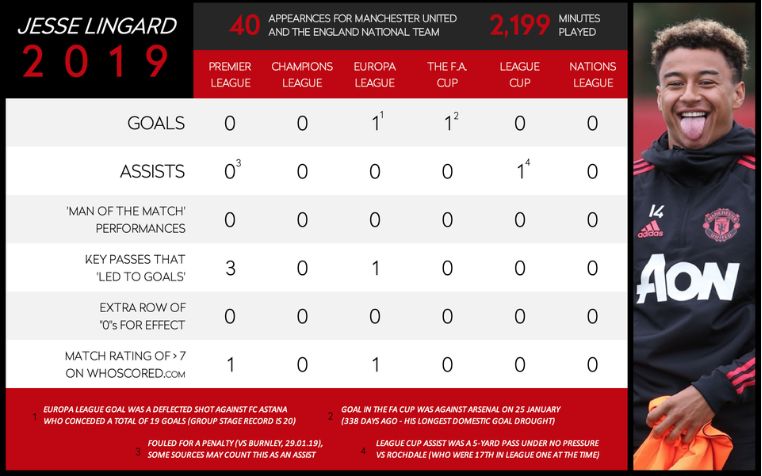 A recent look at Lingard’s stats

It will be interesting to see what Ole Gunnar Solskjaer decides to do with him long term. We’ve seen it countless times that a bit of luck that leads to a goal can suddenly bring all of that confidence back, but it’s just not happening for him.

It certainly can’t get any worse than non league teams making comments like this though.