According to journalist Enrique Toussaint via RAC1, Barcelona are set to make a decision on Ernesto Valverde’s future as manager on Monday.

Pressure will certainly be mounting on the Spanish tactician after the Blaugrana’s Spanish Super Cup semi-final defeat to Atletico Madrid on Thursday evening.

Diego Simeone’s side scored two goals in the final ten minutes of this evening’s clash which ultimately led to them crashing out of the rebranded Super Cup competition.

Barcelona are currently sitting in first place in La Liga, although they are only ahead of rivals Real Madrid on goal difference. 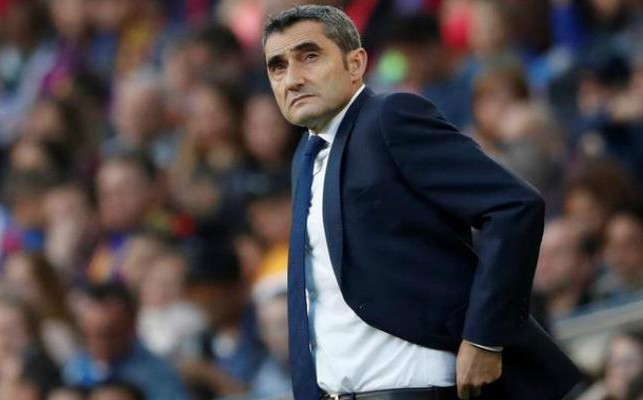 Valverde’s job seems to be hanging in the balance.

It’s arguable that Valverde’s job has been hanging in the balance ever since Barcelona’s shock Champions League semi-final defeat to Liverpool at the end of last season, with that 4-0 drubbing at Anfield up there with the club’s worst results in recent history.

Journalist Alfredo Martinez, meanwhile, has tweeted to play down claims that Valverde’s reign could be coming to an end by suggesting that the squad are still backing the 55-year-old.

If Barcelona were to relieve Valverde of his duties, who do you think would be the best candidate to take over the reins at the Camp Nou?