According to the Athletic (subscription required), Chelsea transfer target Timo Werner has a release clause of at least £42.6m (€50m).

The Athletic add that the Blues are keen on adding a striker in the January transfer window to provide tougher competition for Tammy Abraham. Despite this, the report highlights that Werner won’t leave RB Leipzig until the summer.

With the ace reportedly being one of Chelsea’s top targets, is it worth the Blues waiting until the end of the season or should they strengthen their forward line this month? 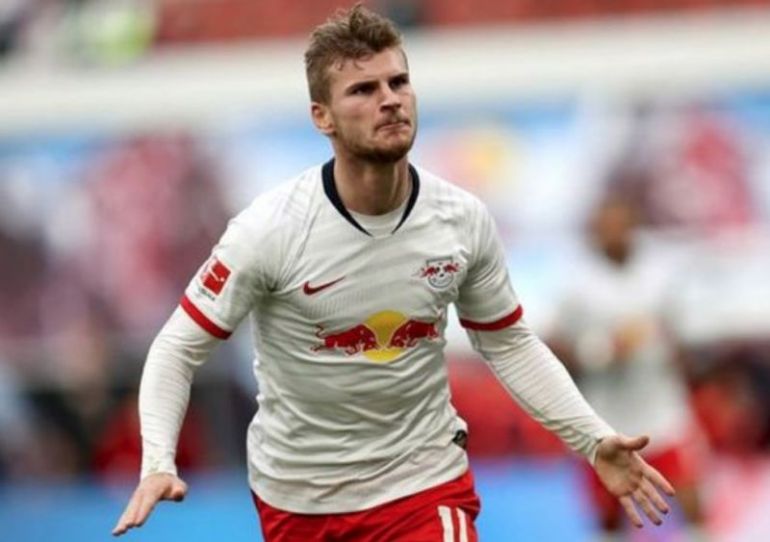 Werner in action for Leipzig.

The 23-year-old has established himself as one of Europe’s top young strikers over the last couple of years.

The Germany international is only behind Robert Lewandowski in the Bundesliga’s scoring charts with 18 goals to his name so far this season.

Chelsea fans shouldn’t be so sure of capturing Werner in the summer though, the latest report leaves the figure of Werner’s release clause as fairly ambiguous – although money is never an issue with the Blues.

The RB Leipzig ace is certainly one to keep an eye out for over the summer as he has the chance to be a crucial player for Germany in the European Championships.

The lightning-fast forward quick elevate to superstar levels after a successful campaign, he could become one of the hottest options on the market.