Arsenal legend Nigel Winterburn is of the opinion that that the Gunners’ chances of reaching the top four of the Premier League are unrealistic.

The North Londoners have been pretty shaky this season so far. A string of poor performances saw Unai Emery getting sacked. Results didn’t improve much under interim manager Fredrik Ljungberg which eventually saw Mikel Arteta replacing him. Arsenal have so far won just one out their three games under the Spaniard.

Winterburn feels that given the Gunners’ present situation, a top four finish seems unrealistic. As quoted by Mirror,  the Arsenal legend told Gambling.com: “We really don’t know where Arsenal are going to finish, but between now and the summer we just have to hope that Arteta can strike a rich vein of form and get the club back up into contention for the top four.

“Maybe, just maybe, we might be able to get into that top four in the final stages of the season, but I think it’s unrealistic given where Arsenal are at this moment. It’s also about showing prospective signings that Arsenal are indeed moving in a new direction now, the right direction.”

Arsenal are currently tenth in the Premier League table with 27 points, nine behind the top four. At this moment, the Gunners’ best chance of making next season’s Champions League would be by winning the Europa League. If they are to finish in the top four of the Premier League, Arsenal will have to win their remaining fixtures while hoping for other teams to drop points.

The Gunners’ next match is against Crystal Palace at Selhurst Park this weekend.

Private: ‘Nothing seems to be working out for him’ – Arsenal legend urges club to sell struggling ace August 16, 2019 10:15
Arsenal FC 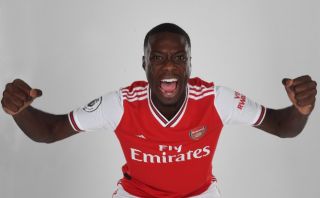 Private: Arsenal told the player who would have been a ‘safer signing’ than Nicolas Pepe August 15, 2019 19:29
Arsenal FC 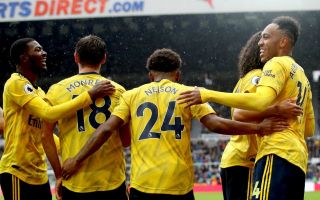 Private: Arsenal legend names the two players who can give Unai Emery a ‘good problem’ this season August 15, 2019 18:45
Arsenal FC