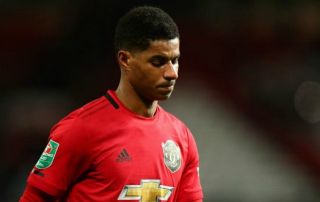 The England international has had a decent season but has perhaps at times looked tired and overworked in this dysfunctional and inconsistent Man Utd side.

Berbatov believes there may be some cause for Rashford to be more demanding of his team-mates in order to also improve his own form up front.

“If I am as quick as Rashford and make three runs and nobody sees me or gives me the ball, on the fourth one I wouldn’t waste my energy, it’s all psychological,” Berbatov told betfair.

“When I was playing, Sir Alex would say ‘Give Berba the ball, and when you give it to him, don’t stay, run, because he’s going to find you.’

“You need to know your team mates, who is going to pass you the ball and who is going to make the run, these kinds of things are small details but they are the most important.

“Rashford needs to be strong with his teammates, if he needs to have an argument on the pitch or shout ‘f*****g give me the ball,’ do it, it doesn’t matter, you need to show character and have that will to win. Argue or fight, it doesn’t matter if everything is for the purpose of winning the game, you f*****g do it.”