According to Don Balon, Alonso could link up with his old manager Antonio Conte at the San Siro, with the Blues then prepared to use the money from his sale on signing Zaha for around £76.5million.

MORE: One out, one in: Chelsea eye exit before moving for £40m target

It would be fair to say that Alonso has not been at his best for Chelsea for some time now, so it makes sense that the west London side are prepared to let him leave in the near future.

The Spaniard shone under Conte while he was still manager at Stamford Bridge, so a reunion at Inter could be just what he needs to get his career back on track.

Chelsea, meanwhile, would no doubt benefit from having extra money to spend on an attacking talent like Zaha.

Wilfried Zaha to Chelsea transfer to be funded by Marcos Alonso sale? 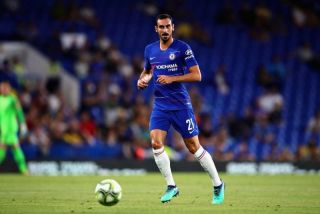 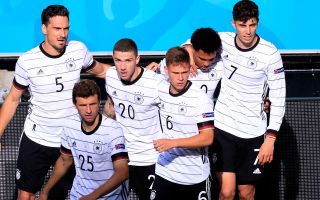 The Ivory Coast international has shone in the Premier League down the years, showing he could be a hugely important addition to this CFC squad.

Frank Lampard was dealt the blow of losing Eden Hazard to Real Madrid in the summer, with the club banned from signing players at the time.

Zaha could now be the ideal replacement for Hazard if Chelsea can succeed in getting these two key bits of business done.