There’s never a good time to pick up an injury, but this time of the year might be one of the worst.

It tends to be one of the busier times of the year for a club in terms of fixtures, but these games also carry greater importance when it comes to setting you up for the rest of the season. Losing a few games in January can kill off any title or European ambitions.

The situation with Christian Pulisic at Chelsea has been interesting this season. To begin with it looked like Frank Lampard didn’t fully trust him as he barely saw the field, but then he started to find form and he’s been an important member of the squad in recent months.

READ MORE: Chelsea ace has agreed terms to leave but the club wants €10m to let him go in January

That means this news reported by Goal.com is a bigger blow for the club. They suggest that the American is expected to be out for a few weeks, which means he will probably miss the rest of January’s fixtures at least.

The fixtures include a tough trip to Newcastle, the visit of Arsenal and also a visit to Leicester to face Brendan Rodger’s side at the start of February, so Lampard won’t be happy at losing a key player for this run. 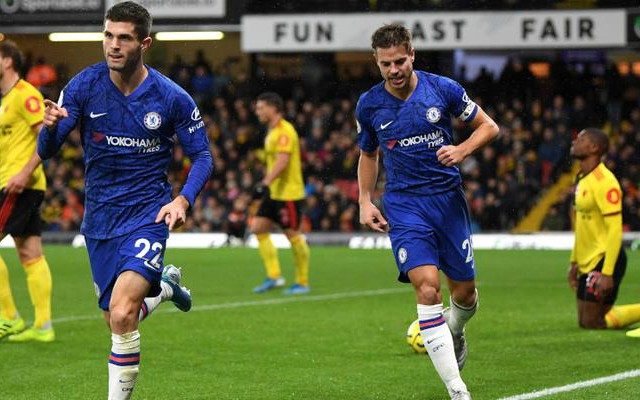 Pulisic in action vs Watford

The report also suggests that it’s an adductor injury which can often be a nasty one, so it’s also possible he could be missing for longer. Let’s hope he recovers quickly.