It’s sometimes just painfully obvious that a manager and player don’t get on. Unai Emery restricted Mesut Ozil’s playing time and he looked like an outcast at times, so it’s not a total surprise to hear that the German has taken a few swipes at his former boss.

The mood at The Emirates was pretty bleak when Emery left, so Mikel Arteta probably didn’t have to do anything special to lift the mood. There are some encouraging signs on the pitch and it also sounds like he’s won Ozil over too.

READ MORE: Arsenal outcast expected to leave in January after failing to break into the team

A report from The Evening Standard has looked at some comments made by the midfielder and it’s pretty obvious that he’s having a pop at Emery with some of his words. He talks a lot about how much Arteta has improved things, here are some of his comments:

“It is basically getting us back to the old Arsenal virtues. Having the possession, being in control of the game, having the ball all the time.”

“These are the things that he is working on with us and you can see it – everyone is smiling, laughing, enjoying their time at the moment and this has made us be successful now.”

“We are really enjoying everything at the moment. You can see we have a structure on the pitch now. Everyone knows what their job is on the pitch and we are very happy to have won these two games [against United and Leeds].” 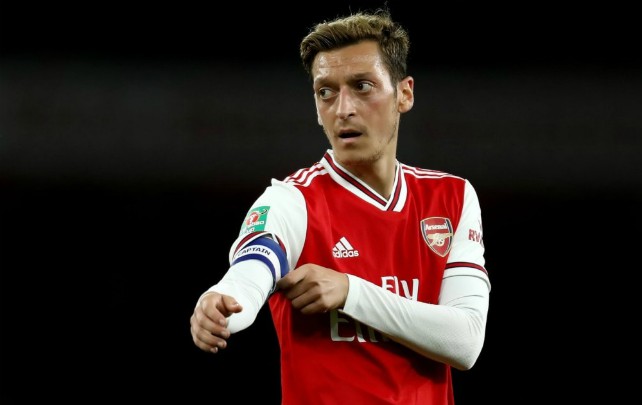 You can see that he’s alluding to Emery’s regime when he talks about how everybody is getting back to being happy and there’s a clear structure in the way that they are playing.

Arteta still has a long way to go before he can be considered the long term successor to Arsene Wenger, but he’s certainly started it the right way.