It’s fair to say there’s a lot for Manchester United fans to be unhappy about just now, but part of the problem is knowing who to point the finger at.

The man who oversees the general day-to-day running of the club might be a good place to start. In some ways it’s tough because the club was always going to go through a period of transition after Sir Alex Ferguson left, but it’s just been one disaster after another.

One thing that’s always baffled me is the choice of manager after Ferguson left. He was known for playing attacking football and being positive, but David Moyes, Louis van Gaal and Jose Mourinho are all known for being defensive minded, so their appointments just took the club in a totally different direction.

Ole Gunnar Solskjaer may not be the best man for the job, but he’s also been given the mammoth task of trying to turn the club around. He’s tried to oversee a clear out of players brought in by three failed regimes, while still trying to get results on the pitch.

Ed Woodward is the man who’s overseen all of this, yet a report from The Times has revealed he is the highest paid director in the league after being paid £3.16m last season. 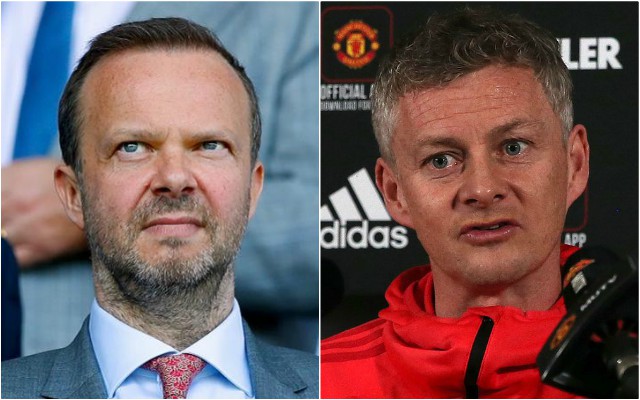 Is this the pairing to lead Manchester United back to the top? (probably not)

The report does confirm that he’s in charge of running the club day-to-day, which surely means choosing the manager, signing players and steering the club in the direction of success.

That’s not happened recently, and there just doesn’t seem to be a clear plan for turning the club around just now. We usually think the highest paid people should be the absolute stand out performers in their role – good luck trying to find a United fan who will back Woodward up in that argument.