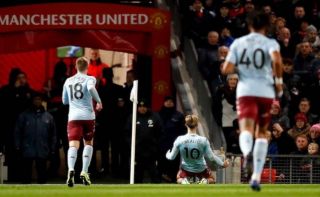 Aston Villa star Jack Grealish has dropped a pretty big hint he’d like a transfer to Manchester United with one of his latest ‘likes’ on Twitter.

The England Under-21 international has been in fine form for Villa this season since their promotion to the Premier League, and has long looked like a player who could make it at a bigger club.

United could certainly do with a player like Grealish in their squad right now, and ESPN did link him as one of their targets earlier this season.

It remains to be seen if Man Utd themselves remain that eager to sign the 24-year-old, but from his end at least, it seems there’s a desire for a deal to be done.

Just look at the screen grab below, which shows Grealish liking a picture of him celebrating a goal at Old Trafford, with the caption: “This, but in a red shirt”, with Grealish’s Twitter handle tagged in the tweet… 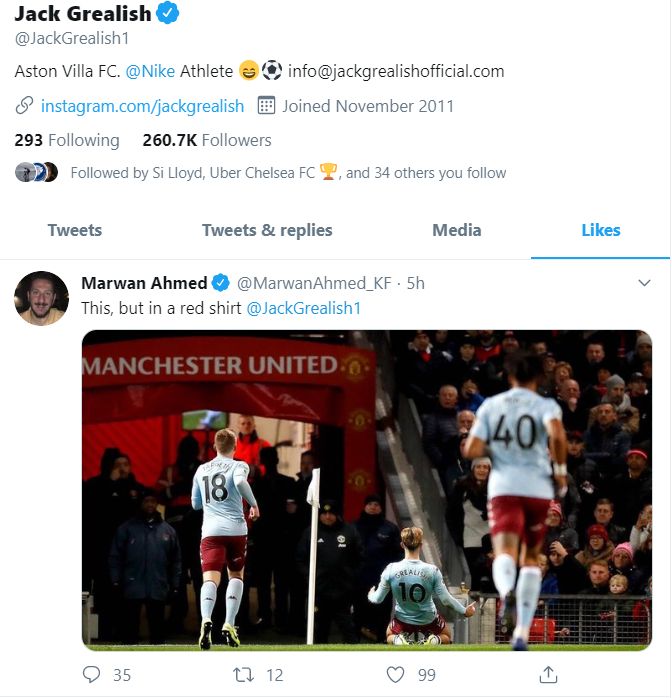 This is not the first time Grealish has hinted at a love for United, either.

In the video below, Grealish told Sky Sports that his goal against Old Trafford – also the one pictured above – is his favourite goal and that he’d always wanted to play at United’s stadium…

MUFC fans will no doubt be excited by these hints from Grealish, but it’s now down to the club to see if they want to push ahead with this potential deal.

United are currently being linked strongly with Sporting Lisbon attacking midfielder Bruno Fernandes by the Mail and others, so it may be that he’s their preferred option to strengthen in that area of the pitch.

UPDATE: Grealish has since retweeted this, perhaps as an attempt to cover for his earlier like…or perhaps suggesting he’s just having a bit of fun on social media. Who knows for sure… 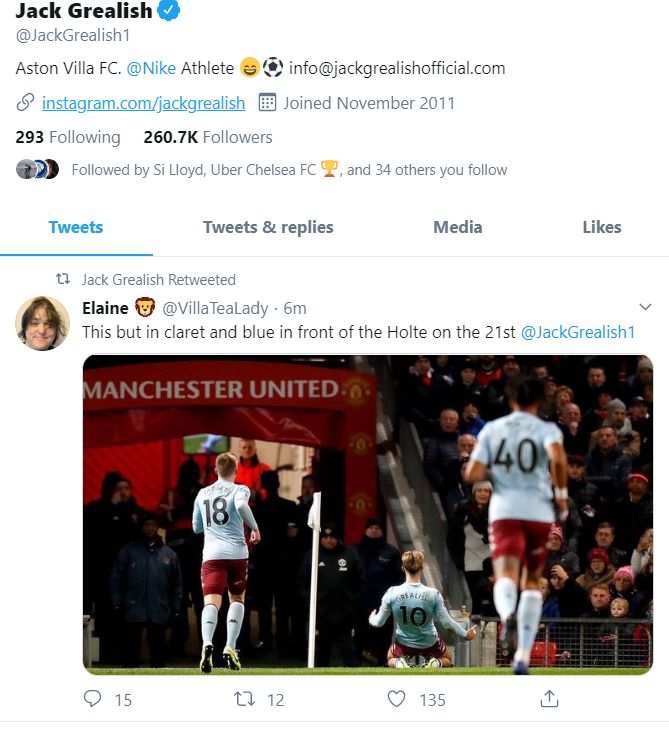