Juventus talisman Cristiano Ronaldo has led the way in sending his best wishes to teammate Merih Demiral after he suffered a serious injury.

The blow for the Turkish international came in the win over Roma on Sunday night, as after scoring the opening goal of the game, he was later taken off with a concerning setback.

As confirmed by Juventus on Monday, Demiral sustained an ACL injury as well as damage to his meniscus, and so he is now scheduled to undergo surgery on his knee.

That will now keep him out of action for a lengthy period of time, while Roma ace Nicolo Zaniolo suffered a similar setback in the same game on a bitterly disappointing night for the pair.

As expected, Demiral has received plenty of well wishes and messages of support after it became clear that he had suffered a major setback, and Ronaldo was among those to send him something on social media, as seen in his Instagram stories post below. 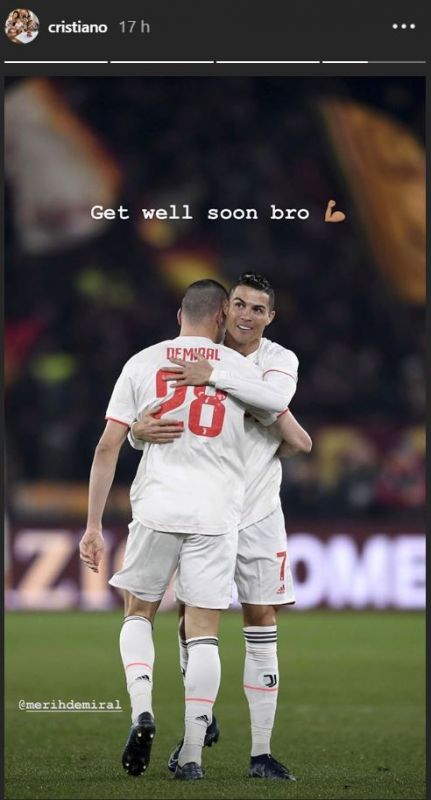 It’s a nice tough from the Portuguese superstar as he has clearly developed a bond with Demiral, and he’ll be hoping along with all concerned at Juventus that is able to make a complete and swift recovery after his injury blow.