It’s rare to see players being swapped directly between clubs, but it might start to make more sense as financial fair play limits what clubs can spend.

We often hear that a certain transfer is dependent on another club finding a buyer to free up wages or a transfer fee, so a swap could cut through a lot of those issues.

Obviously both clubs would need to be interested in a player and they would need to have similar values, but that does seem to be the case between Arsenal and Atletico Madrid here.

It’s no secret that Atleti are big admirers of Alexandre Lacazette, Sky Sports even reported back in 2017 that he had agreed a move to Spain when he was at Lyon, but a transfer ban got in the way and he went to Arsenal instead.

Marca have reported that Atletico are prepared to offer Thomas Lemar in exchange for the Arsenal striker, due to the fact that they are struggling to close a deal for Edinson Cavani. 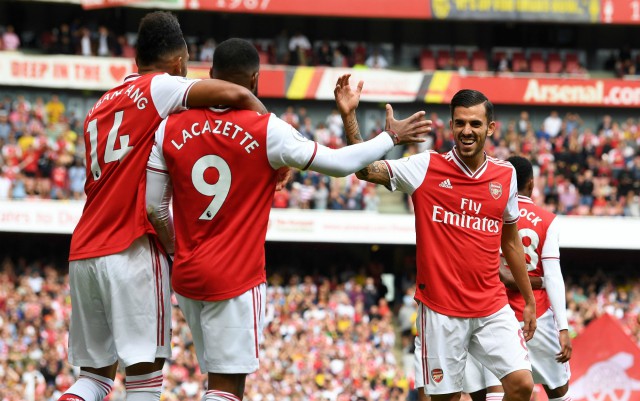 Would Lemar be a better option that Lacazette

The Metro reported last week that Arsenal and Spurs were interested in making a move for Lemar, so it seems that there is mutual interest from both sides for both players.

The Marca story does still suggest that Atleti still hope to sign Cavani so this is their second choice option, but it could make sense.

Arsenal may want to know that Pierre Emerick Aubameyang is committed for the long term if they let their other main striker go, but this could be something to keep an eye on as the window progresses.