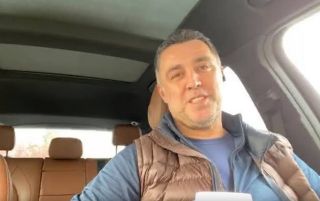 Legendary former Turkey striker Hakan Sukur has admitted he’s now working in the US as an Uber driver after having to flee his homeland.

In an extraordinary story, the 48-year-old says he now makes a living driving people around and selling books after also initially working in a cafe.

Sukur previously worked as part of the Erdogan government in Turkey, but says he is now seen as a traitor by those in his home country.

Following his family receiving threats and attacks, they’re now living in the US in what must be one of the most remarkable falls from grace from a former footballer of this calibre.

“I have nothing left,” he said in an interview with Welt am Sonntag.

“Erdogan took everything: my right to liberty, freedom of expression and right to work.

“Nobody seems able to explain what my role in this coup was supposed to be. I never did anything illegal, I am not a traitor or a terrorist.

“I might be an enemy of this Government, but not the state or the Turkish nation. I love my country. After the split with Erdogan, I started to receive threats. My wife’s shop was attacked, my children were harassed, my father put in prison and all my assets confiscated.

“So I moved to the United States, initially running a cafe in California, but strange people kept coming into the bar. Now I drive for Uber and I sell books.”

Sukur scored 51 goals in over 100 caps for the Turkish national team, and also had a fine club career with the likes of Galatasaray, Inter Milan, Torino and Blackburn Rovers.

It’s sad to see what’s happened to him since then, but one can only hope that he and his family now feel safe after such an unfortunate turn of events in Turkey. 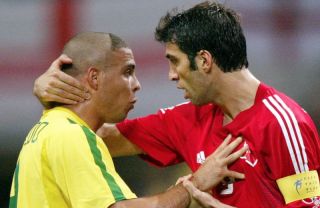 Turkish football legend reveals he now drives for Uber in USA after having ‘nothing left’ January 13, 2020 16:50
Inter Milan