Arsenal now face a run of three games without star striker Pierre-Emerick Aubameyang in what is a daunting early challenge for new Gunners manager Mikel Arteta.

There are numerous ways Arteta could reshuffle his side in the absence of Aubameyang, but of course none of them really look as good as having the prolific Gabon international in the starting XI.

The 30-year-old has 14 goals in 22 Premier League games this season, and 16 in all competitions, with Arsenal not really having anyone else who comes close to providing that much of a goal threat.

Still, could someone step up in Aubameyang’s absence? Or could some players changing positions give AFC a new kind of goal threat? 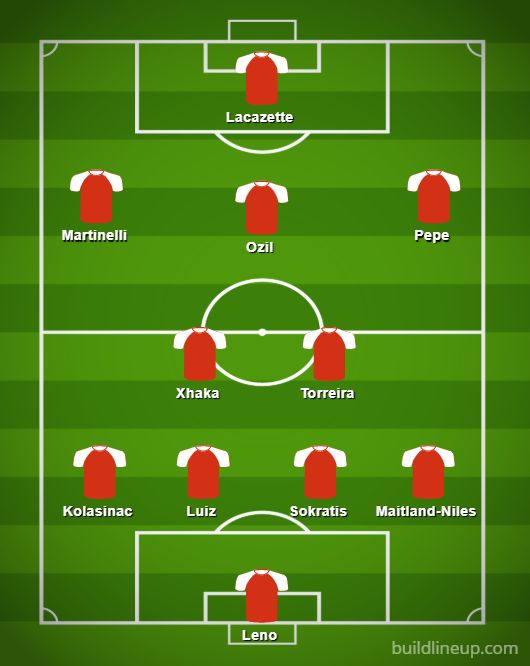 Despite Aubameyang’s impressive scoring record, he’s not always Arsenal’s centre-forward, with Arteta mainly using him on the left of a front three of sorts.

So it could be a fairly straight swap in that position, with Brazilian wonderkid Gabriel Martinelli looking impressive whenever he’s played this season.

The 18-year-old has already managed eight goals for Arsenal since his summer move to the Emirates Stadium, and he must be in contention to get more opportunities in Arteta’s first XI over the next three matches.

Like Aubameyang, Martinelli is more of a wide-forward than an out-and-out winger, so it could help keep Arteta’s tactical plan broadly the same. 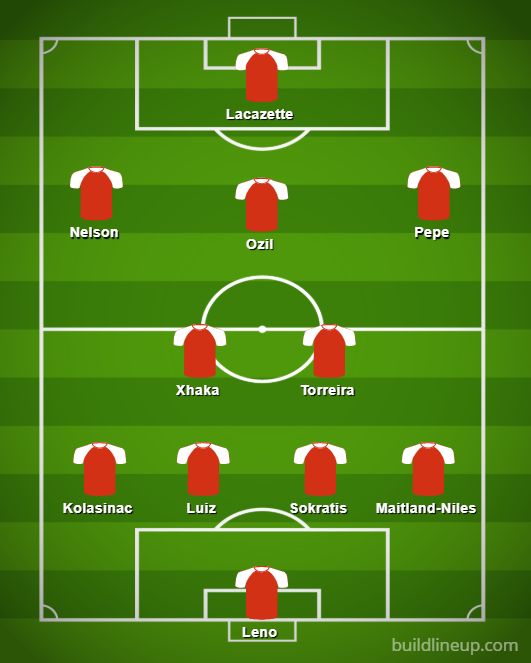 Reiss Nelson has also shown some promise this season, so could be a more natural wide option for Arsenal in place of Aubameyang.

The 20-year-old may not get a better chance to get a run of games going and show that he deserves to be a regular starter for the Gunners, so it will be interesting to see what he can contribute if he does play.

Slightly more experienced than Martinelli, Nelson might be the slightly safer option for Arteta to go with, but it might also represent too much of a tactical change as the winger lacks the same goal threat from out wide. 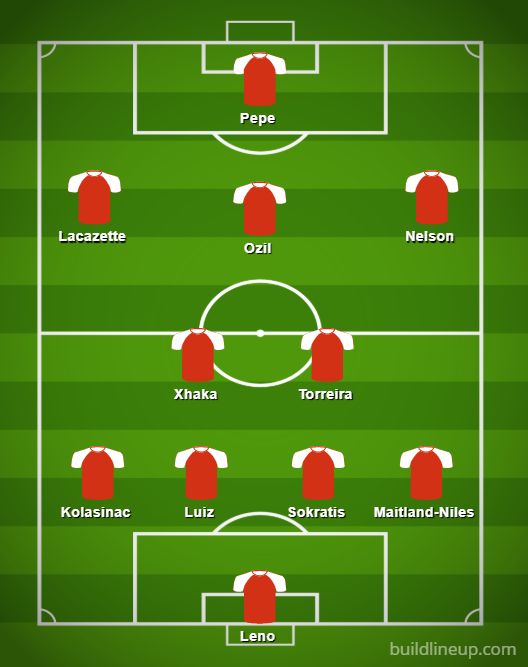 With just six goals in all competitions this season, Alexandre Lacazette might not actually be the best choice to lead the line for Arsenal, whether Aubameyang plays or not.

It could be argued that the Frenchman plays a similar role to that of Roberto Firmino at Liverpool, acting as more of a false-nine who works hard and creates opportunities for wide-forwards like Aubameyang and Nicolas Pepe.

Still, these upcoming games could also be a good time to try out something different, and Pepe perhaps looks a player who could do a job as more of a central striker.

The Ivory Coast international has not made the best of starts to life in north London, so might benefit from getting closer to the goal to do what he does best.

This might also free up Lacazette to some extent as well, with the former Lyon man perhaps worth a try in Aubameyang’s wide-forward role on the left, with Nelson then also an option on the right.