Manchester United striker Marcus Rashford has relished getting more games up front this season and should now be in contention to replace Harry Kane up front for England.

That’s the view of pundit Stan Collymore, who has praised Rashford hugely in his column for the Daily Mirror, saying he’s proved his critics wrong this season with an improved run of form in front of goal.

Rashford’s hot streak in front of goal looks well timed from England’s point of view, with Gareth Southgate facing a big worry in attack ahead of the summer after the recent injury to Tottenham front-man Kane.

The 26-year-old could be out until the start of next season, according to the Daily Mirror, so that means someone else will have to step up in his place at Euro 2020 this summer.

Collymore thinks Rashford looks the man to do it, as he’s praised the 22-year-old for taking the opportunity that’s come his way this season after finally being used more frequently as a central striker rather than a wide forward. 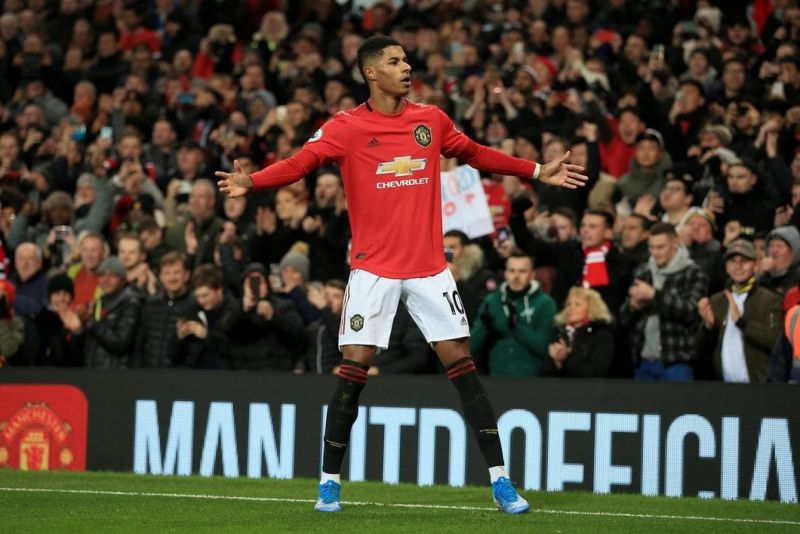 Marcus Rashford has been much better for Manchester United this season

“If Harry Kane isn’t 100 per cent fit for the Euro 2020 finals this summer then one of the fundamentals Gareth Southgate will look for in his replacement is someone who can play with his back to goal,” Collymore wrote in the Mirror.

“And what I’m seeing of Marcus Rashford is that he is getting better and better at it as he continues to prove wrong everyone who tells me he is a wideman and not a central striker.

“I’ve banged the drum for the Manchester United man to get his chance — and by chance I mean a proper run, not a game here or there — through the middle.

“He’s getting it now, finally, under Ole Gunnar Solskjaer and his remarkable rise this season has to be silencing those doubters once and for all.

“Nineteen goals in 30 games in all competitions are the sort of numbers that tell you he is a reliable centre-forward.”