It felt like the decision to change the rules to restrict the movement of players under the age of 18 would enable clubs to keep hold of their talented youngsters for longer and possibly even out the competition.

Of course that’s not the case, it just means that the elite teams sign them as early as possible and just wait for them to turn 18.

READ MORE: Quique Setien may not be at Barcelona past this season despite signing two and a half year deal

The original club might get an extra year or two out of some players, but it hasn’t changed anything. According to a report from Mundo Deportivo, Barcelona are the latest team looking to sign a young star from abroad.

This time it’s a young Japanese player called Jun Nishikawa, he’s a midfielder who plays for Cerezo Osaka and won’t turn 18 until February. The report suggests that the process to get him registered and transferred can take months anyway, so Barca want to secure his signing now and bring him to Spain for next season. 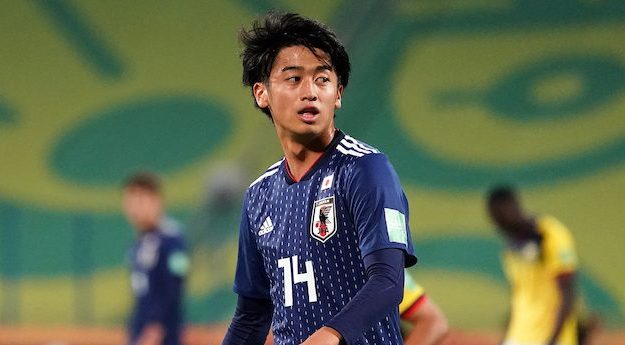 Nishikawa in action for Japan at youth level

His current manager is a Spaniard and the report also suggests that he’s spoken in glowing terms about the youngster during a meeting with Barca’s scouting team, so they are very keen to get him signed.

It would be a surprise to see him involved with the first team at this stage, but it does look like the latest example of a huge team hoovering up younger talent.