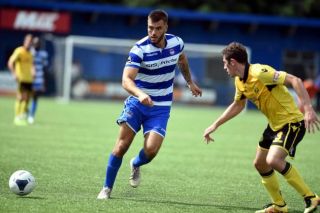 Oxford City have confirmed that footballer Finn Tapp didn’t inform them that he was heading onto TV show Love Island this month.

The 20-year-old joined Oxford last summer and has made 12 league appearances for the club, but he won’t be adding to that tally any time soon.

As confirmed in the club’s tweet below, Tapp didn’t make them aware that he was going on Love Island, which is the normal protocol for all contestants apparently, and bizarrely they seem absolutely fine with it.

They also confirmed that he is under contract with them, and so it’s unclear at this stage as to what will happen next as surely Tapp disappearing off to the villa without getting prior consent is enough to argue a breach of contract.

He suffered a head injury not long before leaving to appear on the show according to reports, and so perhaps he thought it was acceptable to finish up his recovery in the villa instead of with the Oxford medical staff.

Time will tell what comes from this, but it truly is a weird sequence of events…

The club was not aware Finn Tapp was going on Love Island – this is normal protocol for all contestants. We understand and wish Finn luck on the show.

Hi Glen, we can confirm that Finn is one of our contracted players.