It’s still not clear if Man United will make any major signings this month. The deal to sign Bruno Fernandes has been talked about for a while now, but there’s no clear sign that a defensive addition will be made.

It’s been a weak point all season, Harry Maguire’s price tag suggested he might be the answer to all of their problems, but he does look very slow and vulnerable at times.

READ MORE: BREAKTHROUGH for Man United with Bruno Fernandes deal to be completed in HOURS

Victor Lindelof does look like the ideal partner on paper, but it’s not quite happened. That means that any solutions might have to come from within the squad, so a returning Eric Bailly represents an interesting option.

He’s been out through injury for a long time, so it might take some time to get him back up to speed, but this recent announcement shows the club does have some faith in him:

Manchester United have triggered the option to extend defender Eric Bailly’s contract by a further two years, committing him to the club until the end of the 2021/22 season.

His style can be rash at times, but we’ve seen that he has the pace and aggression to thrive in the Premier League. His pace and Maguire’s ability in the air and on the ball could be a good match, but it could also be a disaster if he continues to get drawn out of position or dive in.

It’s still not clear how long it will be before he returns from injury, but this shows he still has a long term future at Old Trafford 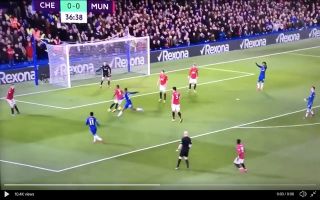