It’s started to become clear that Barcelona need a replacement for Luis Suarez, he’s getting older and his body is starting to break down.

It’s rare to see a huge team sign a long term replacement for a star in January so it looked like the plan was to find that successor in the Summer. Unfortunately the Uruguayan will miss around four months, so Barca might need to come up with some creative thinking.

A report from Don Balon has indicated that Inter Milan’s Argentine star Lautaro Martinez is the main target, but it seems he won’t be available at this point in the season.

READ MORE: Barcelona will need to loan out €7m signing IMMEDIATELY due to squad restrictions and possible Luis Suarez replacement

That means a short term fix will be required, but it could also come with some long term thinking. They claim that Osasuna striker Chimy Avila is being targeted and he’ll cost around €25m. He’s scored nine goals and provided two assists in La Liga this season, so he could be an interesting proposition.

They go on to suggest that he really will be a short term fix, with the club then planning to use him as part of the deal to sign Martinez in the Summer. 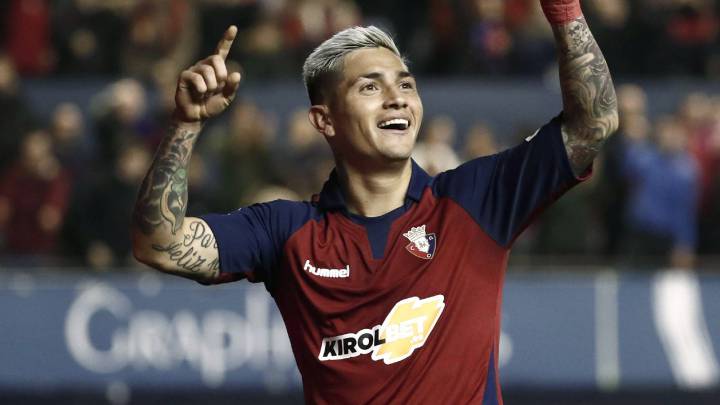 Chimy Avila in action for Osasuna

They’re presuming that Inter would be interested in him, but it could work out in their favour. He would be a cheap signing at this point, but if he plays well and leads them to success in the league and the Champions League, then his value could be much higher.

That means they can make a profit on him and use that to finance the Martinez signing next Summer. It seems like a stretch at this point, but it could be a stroke of genius if it came off.