Arsenal have been quiet in the January transfer window so far, but they are reportedly set for talks over Athletico Paranaense ace Bruno Guimaraes in the coming days.

The Gunners have yet to bring in any reinforcements for Mikel Arteta this month, although youngsters such as Emile Smith-Rowe and Konstantinos Mavropanos have sealed loan exits.

However, they could be set to step up their recruitment drive in the coming days as The Mirror report, via Goal Brazil, that sporting director Edu will meet with the representatives of Guimaraes in the next few days to discuss the possibility of making an offer.

The 22-year-old midfielder has grown into a key role with his current club, while he has also been capped at U23 level by Brazil to suggest that he could have a bright future ahead of him.

It seems to also be part of Arsenal’s transfer strategy now too as they eye talent in Brazil, with Gabriel Martinelli having joined them last year.

Time will tell though whether or not a deal can be done for Guimaraes, as the report above stresses that Arsenal haven’t yet made a bid, and with the Brazilian said to be rated at between £21m-£25m, it remains to be seen if that’s too steep a valuation.

Given he’s untested in Europe, that could be seen as a major gamble for the Gunners, and so they’ll have to be confident that he has the ability and key attributes to be able to adjust and adapt to the Premier League in order for him to be a success.

Naturally, Edu’s eye for talent in his homeland has perhaps played a part in this rumoured move, and Arsenal would no doubt be delighted if they can bring in another Brazilian to enjoy similar success that the likes of their current sporting director and Gilberto Silva enjoyed in the heart of their midfield previously. 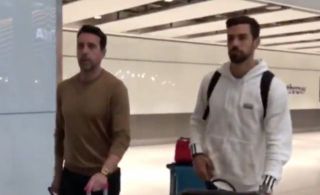