In some ways it might be best for Man United’s long term future if they take a bit of a thumping against Liverpool today, on the basis that it might force the club into action in terms of transfers.

We’ve heard plenty of talk that there wouldn’t be any major spending at Old Trafford this month, while a potential move for Bruno Fernandes is either minutes away or never happening depending on which reports you read.

A big defeat today would surely scare the board into putting their hands in their pockets, especially considering this injury news:

Rashford, McTominay + Pogba all missing until after international break. Interesting couple of weeks ahead for @ManUtd

The next international break is listed as being in late March, so that’s a lot of fixtures that United will need to play without their best player and the base of their midfield.

Paul Pogba might get a lot of criticism, but he’s also the only player in the team capable of creating something from deep while dominating the midfield, while McTominay’s work rate and defensive discipline allows his partner the freedom to roam.

Fred might be getting better, but a combination of him and Matic will scare nobody. 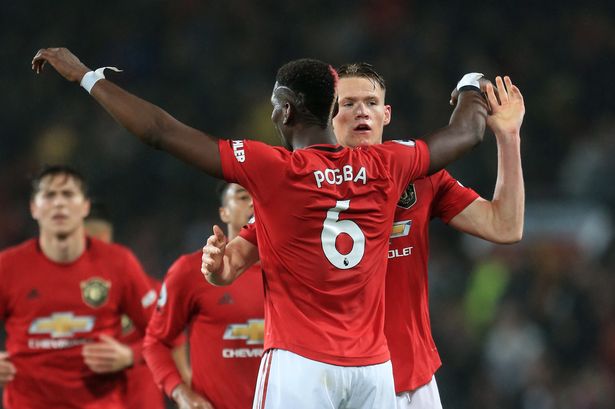 They are also heavily reliant on Marcus Rashford for goals and inspiration going forward, so he might be the biggest miss. There’s a possibility that Anthony Martial might relish the responsibility and step up, but that also looks unlikely.

It shouldn’t really matter what the result is against Liverpool today, they need to start adding some players to improve the team.