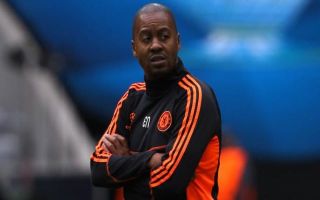 It’s so easy to think of the manager as being the main person at every club and presume they are the sole reason for success and failure, but they tend to just be the figurehead for a huge coaching staff.

Only Frank Lampard will know how important his assistants are to him, but he’s an inexperienced manager who just made a big step up, so you have to think that he’s heavily relied on some experienced heads around him at times.

One of those at Chelsea is Eddie Newton. He’s been the assistant manager in two different spells at the club and seems to be well thought of as a coach.

That means this news could be a blow to Lampard, as it seems Newton is in talks to take a job overseas, as per the tweet below and as reported by the Daily Mail.

Latest on Eddie Newton is that he is in talks with a Turkish club, thought to be Trabzonspor, but no deal agreed to leave yet. Here’s my report from mid-December about a role change under Frank Lampard. #CFC https://t.co/6LIdKCnnkG

Trabzonspor may not be a big name with many British fans, but they might be familiar with Daniel Sturridge and Jon Obi Mikel who both played for Chelsea and currently play for the Turkish club.

It’s still not official that Newton has taken the job but it’s suggested that he could be offered the role of assistant manager as per the Mail above, and so this could be a tough one for Lampard to deal with especially after a poor run of results with Chelsea winning just two of their last five Premier League games as they continue to try and hold onto fourth place in the standings.