The latest Premier League team of the week is out following yet another weekend of Liverpool winning, as they always seem to do these days.

The Reds beat Manchester United 2-0 in the stand-out fixture of the weekend, with three of their players making it in to BBC Sport pundit Garth Crooks’ best XI from the latest round of games.

In fairness, it wasn’t always a vintage display from Jurgen Klopp’s side, but they won like champions in the end with a generally solid performance, and there’s no doubt Virgil van Dijk, Jordan Henderson and Mohamed Salah earned their places in the team of the week.

Elsewhere, Sergio Aguero is in there despite Manchester City only managing a 2-2 draw at home to Crystal Palace, with the lethal Argentine scoring twice at the Etihad Stadium.

Everton defender Mason Holgate gets a place in Crooks’ back three, and the impressive 23-year-old really does look hugely improved under new manager Carlo Ancelotti, with a place in the England squad for Euro 2020 surely starting to look like more of a possibility.

With Chelsea, Arsenal, Man Utd and Tottenham all dropping points, none of their players make it in this week, with players from the likes of Wolves, Newcastle and Burnley taking the remaining spots… 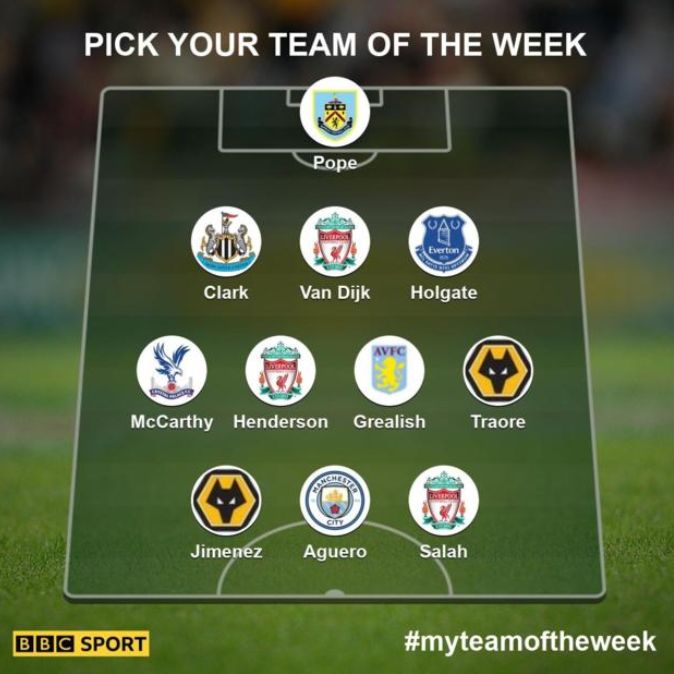