Arsenal legend Ian Wright stuck his tongue out to troll Chelsea defender Cesar Azpilicueta after he watched his old side claw back a 2-2 draw at Stamford Bridge.

Watch below as Wright enjoys the Gunners’ late equaliser, with Hector Bellerin scoring shortly after Azpilicueta thought he’d given Chelsea the three points.

The Spaniard celebrated his strike by sticking his tongue out, prompting Wright to imitate the celebration in the clip above.

Arsenal fans will love seeing the ever-passionate Wright enjoying this impressive result, which came about in difficult circumstances as David Luiz’s first-half red card meant they played much of the game with ten men.

And here’s the original Azpilicueta celebration… 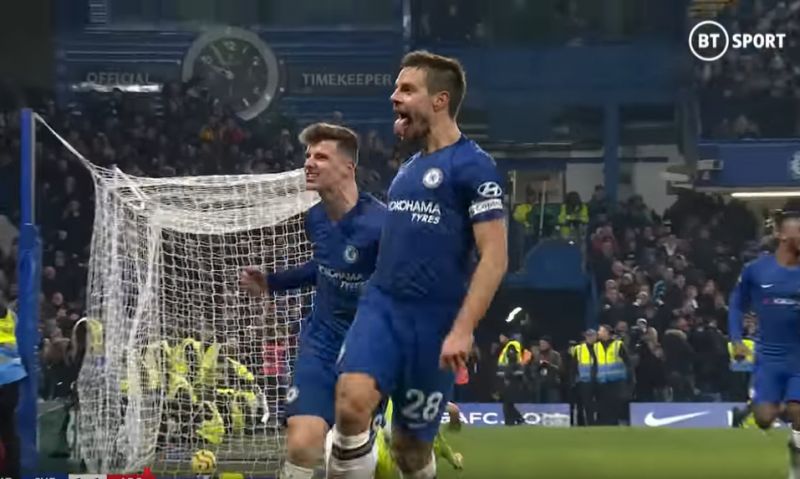