It’s understandable that clubs have fines in place to instill discipline  and to stop players becoming lazy, but it sounds like there’s no room for any kind of excuse at Ipswich Town.

As reported by The BBC earlier, James Norwood had a big decision to take this morning. He could face being late or missing training and take the big fine that comes with it, or he could put a rock through his own car window.

This image from his Instagram shows exactly what decision he made: 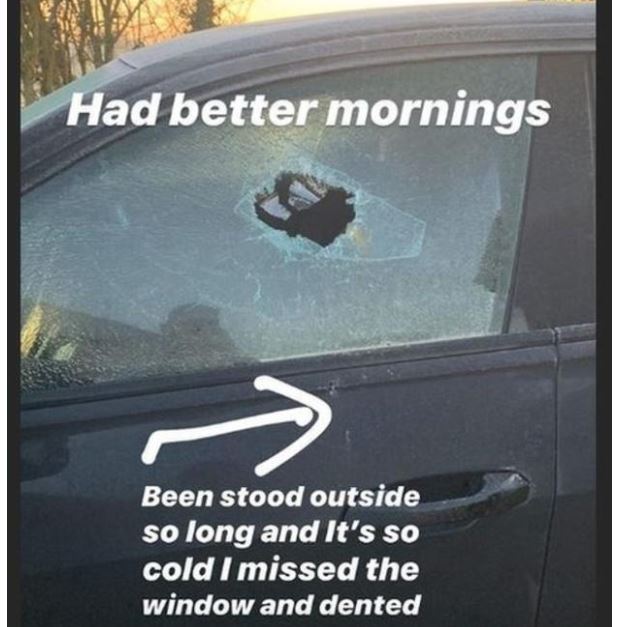 It just sounds like a complete disaster of a day for him, he managed to lock his keys in the car, while one of the attempts to smash the window resulted in the door being dented instead.

Hopefully his manager appreciates the sacrifice and decisions made here, but it also makes you wonder just how much he’s getting fined for missing training!.