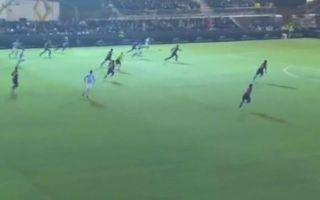 There’s still a long way to go in this one, but it could go down as one of the biggest cup upsets in a long time.

The Copa del Rey was always two-legged which effectively quashed any hope of a giant killing, but that’s been changed so a one off victory is now enough.

Ibiza isn’t know for it’s football, but their team stunned Barca with the opening goal in tonight’s game:

Ibiza gets the party started with the opening goal over Barcelona ?

UD Ibiza play in the divisional leagues in Spain, so there was no real expectation that they would win tonight.

It’s now half time and it’s still 1-0. If Ernesto Valverde is a petty man, then he will be absolutely loving this.