Manchester United may be struggling to get deals over the line for Bruno Fernandes, Edinson Cavani, Jude Bellingham and others, but at least Ed Woodward has made a signing of his own this January.

According to the Guardian, the Red Devils executive vice-chairman has recruited former Sun journalist and Sky Sports presenter Neil Ashton to come in as a personal PR man to boost his image and reputation after becoming hugely unpopular with the club’s fans.

MORE: Opinion: The Glazers need to be more greedy – and get a proper board in place

It feels like nothing could better sum up where Man Utd are right now, with this struggling playing squad in desperate need of new additions after some awful recent results and performances.

Ole Gunnar Solskjaer’s injury-hit side lost 2-0 at home to Burnley on Wednesday evening and face a real fight to make it into the top four this season if they carry on like this.

MUFC have been strongly linked with Sporting Lisbon star Fernandes by A Bola and others, but the deal has dragged on when there is little time to waste on adding this top talent to strengthen a problem position in Solskjaer’s squad. 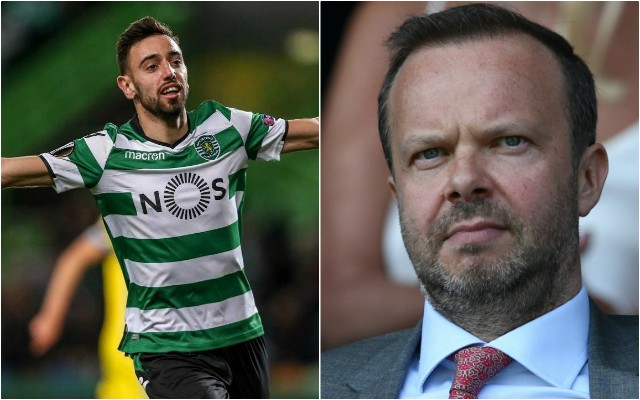 No Bruno Fernandes so far, but Ed Woodward has signed a PR man

PSG striker Cavani has also been linked with United by the Manchester Evening News, and seems an ideal potential short-term signing to help fill in for the injured Marcus Rashford.

Birmingham City wonderkid Bellingham is another being linked with the Red Devils by the Daily Mirror, but there does not appear to have been enough progress made on any of these potentially fine deals while Woodward works on boosting his own position.

Fans will no doubt be fuming at the constant speculation but lack of results on signings, with Woodward’s priorities once again looking all over the place.