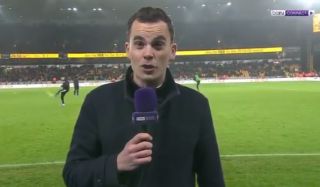 A reporter on beIN Sports has provided what sounds like an encouraging update on the Sadio Mane injury suffered in the first half of tonight’s game between Liverpool and Wolves.

Watch below as it’s suggested Mane was taken off as more of a precautionary measure with what is a suspected hamstring injury.

It will be interesting to hear something official from Liverpool later tonight, but for now it sounds like Reds fans can breathe a sigh of relief.

Mane has been a hugely important player for LFC for some time now, and they won’t want to be without him for an extended period as they chase their first title for 30 years.