The Thomas Lemar to Arsenal transfer may finally be close to going through, according to latest reports from Spain.

The France international has been linked with the Gunners time and time again in recent years, first when he was at Monaco, and now after his struggles with current club Atletico Madrid.

Arsenal urgently need new attacking players this January, and it seems the Lemar transfer could now be the answer to their problems.

See below as it’s claimed a €40million fee has been agreed with Atletico, despite some previous talk that he could initially move to the Emirates Stadium on loan… 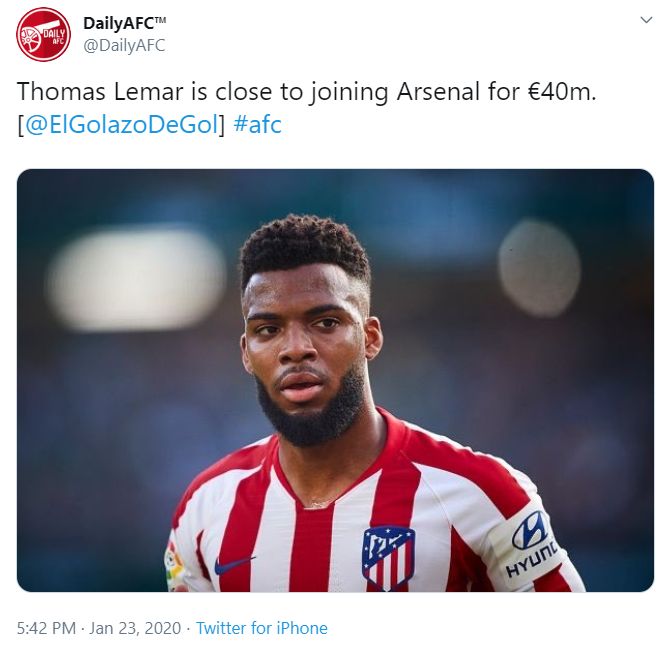 Thomas Lemar to Arsenal transfer could be close to completion

Arsenal fans will be delighted if these reports prove accurate, with Nicolas Pepe struggling since his big move from Lille in the summer.

Meanwhile, Pierre-Emerick Aubameyang’s future at AFC is in doubt amid links with a possible move to Barcelona.

If the Gabon international were to leave, Lemar could be an ideal signing to help boost Mikel Arteta’s options up front.