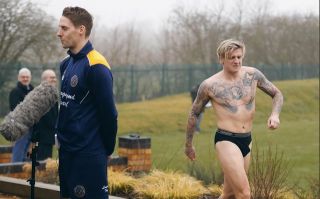 Shrewsbury Town are preparing for a huge night on Sunday as they host Liverpool in the fourth round of the FA Cup.

The players will no doubt be buzzing ahead of facing the Premier League leaders, while it remains to be seen what starting line-up Jurgen Klopp puts out for the encounter.

Clearly, Jason Cummings is a little too excited about the clash, as he was seen interrupting a Sky Sports interview with his teammate this week.

As seen in the video below, he eventually appears in shot in the background…in just his pants.

Hopefully he’ll stick his kit back on for Sunday, and things will no doubt get a bit more serious for Shrewsbury as they look to produce a major upset.

Given how Liverpool are playing so far this season, it looks highly unlikely. That said, there is always a bit of magic about the FA Cup…

Apologies @SkySports for the intruder earlier. Our security measures have been tightened following the incident. ?? #Salop pic.twitter.com/tisbJYhrvr 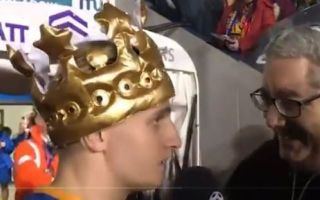 Video: Jason Cummings SHUTS DOWN Talksport reporter over claims that replay vs Liverpool will be the biggest game of his life January 28, 2020 17:07
Liverpool FC 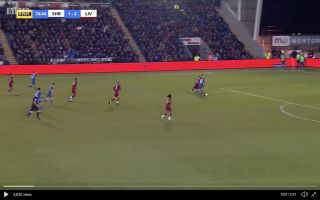