It seems this transfer window has seen so many examples of this kind of deal. It used to be that a loan deal was for the entire season, but it’s increasingly common for the parent club to send them somewhere else halfway through the season.

The links between Manchester United and Salford City are obvious, but they don’t tend to do a lot of business. Their status as a football league club might result in more loan moves for United’s youngsters, but Salford’s owners are regularly outspoken about United’s owners so that could hamper those chances.

Either way, The BBC has reported that United have recalled George Tanner from his loan spell at Morecambe, only to send him straight back out on a temporary move to Salford City.

The defender made 29 appearances for Morecambe so he was clearly an important player, but you have to think that United feel his development will be better served at his new club. 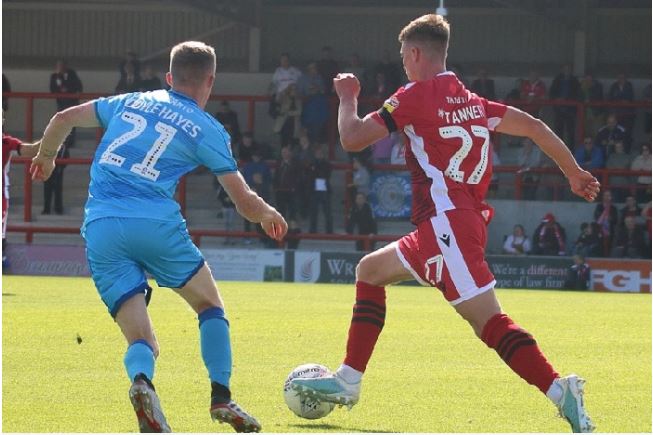 It’s not clear if he’s anywhere near the United first team just now, but an impressive showing in the second half of the season could strengthen his case. It seems the United board are reluctant to spend any money, so there could be chances for the younger players.