Juventus winger Marko Pjaca will reportedly undergo his medical on Friday ahead of a possible move to Cagliari this month.

The 24-year-old has had a difficult time in Turin as after making just 20 appearances in his first campaign with the Serie A giants in 2016/17 after his move from Dinamo Zagreb, he was shipped out on loan to Schalke and Fiorentina.

It was in that second loan stint when he suffered a serious knee injury, and he only made his comeback with the Bianconeri last week in their Coppa Italia clash with Udinese.

As noted by Sky Sport Italia last week, it had been suggested that he was on the verge of a move to Cagliari in a move that arguably suits all parties as Pjaca would have a much more realistic chance of securing a prominent role in Sardinia.

However, as per Calciomercato, via Sky, it’s noted how there have been delays in the deal going through this month, but Pjaca is expected to undergo his medical in Rome on Friday to move closer to finally getting it over the line.

Time will tell if everything goes smoothly or not, but it would appear as though the Croatian international will join too late to be able to feature against Inter on Sunday, and so it remains to be seen when the deal is officially confirmed.

While Juventus have plenty of quality depth in that department to leave Pjaca way down the pecking order in the final third, his arrival at Cagliari could be a potentially huge boost for them.

Rolando Maran’s side currently sit in sixth place in the Serie A table, just eight points adrift of the final Champions League qualification spot. While it’s still not expected for them to be in contention by the end of the season, adding reinforcements in January could give them the boost needed to stay in touch. 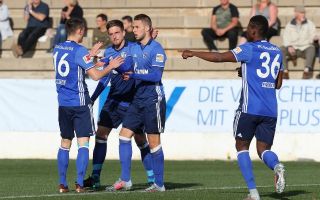