Arsenal fans have become well accustomed to losing their star strikers over the years, but that doesn’t make it any less painful when it happens.

Thierry Henry, Robin van Persie and Alexis Sanchez all left in a way that didn’t reflect brilliantly on everyone, so the news that Pierre Emerick Aubameyang is attracting interest from Barcelona won’t be welcome.

A report from Mundo Deportivo gave the latest update on his situation, with there being a slight consolation for The Gunners in the news that nothing will happen this month.

That doesn’t mean they won’t try to sign him after this season, if anything the opposite is true. The translation may be sketchy in places, but the general suggestion is he will seriously consider a transfer and Barcelona have been given the OK from him or his representatives to make an approach. 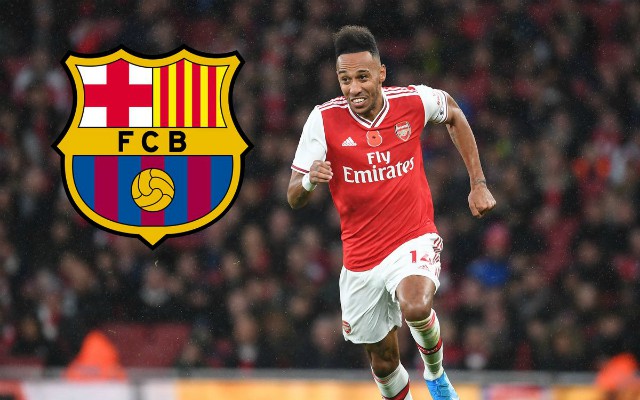 Will he end up at Barcelona?

It’s not clear if they would make the approach next Summer or wait until his contract expires in 2021, but he’s over the age of 30 now so it’s hard to see Arsenal commanding a big fee for him.

A lot might depend on how Arsenal do in the next few months and the ability of Mikel Arteta to win the players over.

Aubameyang has the leverage going into the Summer knowing he only has a year left on his deal, so if he wants to move then he can act up and Arsenal could be left with no choice but to take what they can.