Unless you’ve been living under a rock for the past few months, you will know that Erling Haaland is an incredible goal scoring machine with some ridiculous stats.

If there was anyone who doubted his ability to step up to the German Bundesliga with Borussia Dortmund, that should be put to bed after an incredible start.

He came off the bench to score a hat trick on his debut, before these two goals tonight now mean he’s scored five goals despite only playing 60 minutes for the German side:

This is getting ridiculous! ?

Hat-trick on debut ?
Goal in front of the yellow wall ?
Four goals in his first week ?

5?? goals for Dortmund and he hasn’t even played 90 minutes of football for them yet! ??? pic.twitter.com/qxe7r9tUvF

He’d scored 28 goals in 22 games for RB Salzburg in Austria which was already a ridiculous return, but it looks like he might be even more deadly in Germany.

It also won’t be lost on Man United fans that he had links with Ole Gunnar Solskjaer from heir time in Molde and he’s exactly what they need right now. 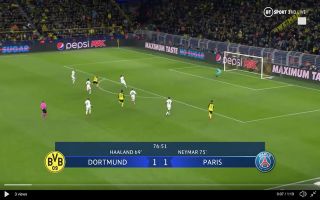 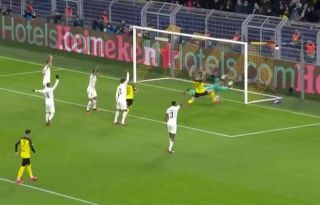