It’s never a good situation for a club to be in when a player is clearly out of favour but no offers are coming in – it means you either need to keep paying their wages or accept a low offer just to get them off the books.

Spurs currently face that situation with Victor Wanyama, he’s barely played this season and the arrival of Jose Mourinho hasn’t made any difference to his standing in the squad.

He’s now 28 so these are his prime years, so you hope he would rather play regular football rather than sitting in the stands and taking a wage.

The big problem for Premier League clubs is the amount of wages they can offer – other leagues don’t tend to pay as much so it can be hard to offload someone.

The Evening Standard has reported on the latest situation with his, and it could be good news for Celtic or any other club who have shown an interest.

They suggest that nobody is willing to meet their £9m asking price or take on his £62k per week wages, so they could be forced into accepting a much lower offer as the window draws to a close. They also say that Spurs want a permanent transfer, so a loan move looks unlikely. 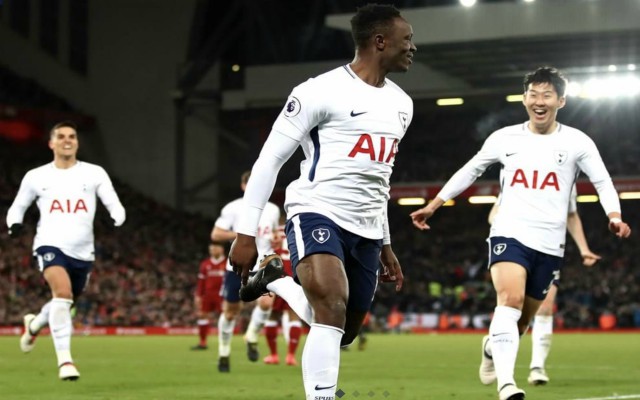 Wanyama in rare action for Spurs

They acknowledge that Celtic have been linked with him before so this could play into their hands. They might need Tottenham to come to some kind of agreement with the midfielder over his wages, but a return to Glasgow could be possible.

It’s debatable if Neil Lennon actually needs him just now when the midfield is a particularly strong area, but he’s a very good player who could make the difference in the title race if he goes back.