Everybody knows that Lionel Messi is one of the greatest players of all time, he can elevate a good team into a great team and he often drags Barcelona to victory – but he can’t do it completely on his own.

Once you look past him, there’s not a lot at Barcelona which will scare the opposition. Luis Suarez is older and often injured, while Antoine Griezmann hasn’t lived up to expectations yet.

READ MORE: DISASTEROUS transfer news for Barcelona as striker touted to replace Luis Suarez is ruled out for the season

When you go further back the midfield is filled with older players who will keep the ball but won’t cause too many problems with movement, while there’s not a great attacking threat from the back either

Messi turns 33 in the Summer so these are the last of his best years, and it seems like he’s close to breaking point. A report from Don Balon has suggested he will look to leave next season if the club doesn’t make big improvements to build a winning side.

It also sounds like he isn’t that impressed by the arrival of Quique Setien, so he might want a new manager too. 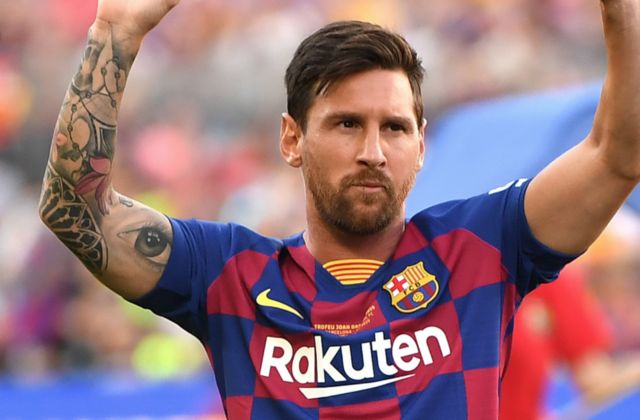 Would he actually leave?

In terms of his options for leaving, it seems he has the option of Argentina, Inter Miami in MLS or a reunion with Pep Guardiola at Man City.

It just sounds like a warning for now, but Barca could be best advised to listen to him and make sure they have a big Summer in terms of recruitment.